This game can be viewed as real life. Don't be content to stand still! How are you going to deal with multiple enemies who have heavy fire? You can't take them all out at once, right? Let's put it another way: Do you think the army goes into combat running and shooting at its enemy? The majority of the time, no. You need tactics in this game as well as in real-life combat. Find a strategy that suits you and get some cover. Sometimes I was able to take out 20 men and still have some armor. Because I used everything I had for cover. Dumpsters, walls, whatever. 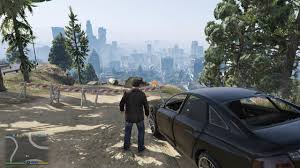 They fell to the ground after they had popped their heads out. If you know that you will be facing a challenging mission, take cover. Make sure you have a spare vest of armor in case it is less than 50% damaged. You can throw a handy grenade to blow up any enemies within range of a lot of cars. Heavy fire can cause damage to your armor and health in a matter of seconds. Covering is not a stupid move. It's smart and strategic. You should respect their use of cover. Don't fret about how many rounds were wasted. If you can see their weapons, try using the same weapon as them.